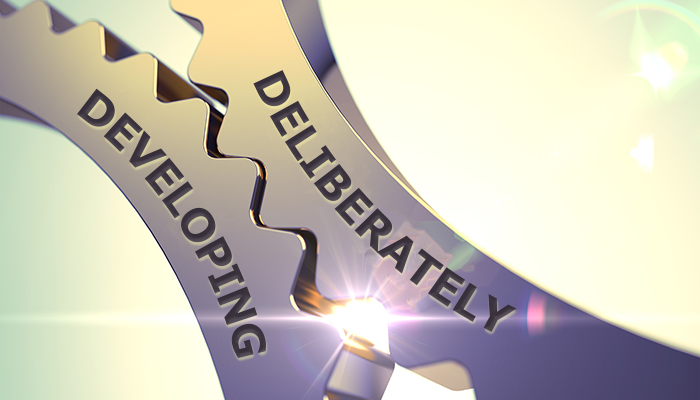 I recently read, “An Everyone Culture: Becoming a Deliberately Developmental Organization,” by Robert Kegan and Lisa Kaskow Lahey (2016) and I went crazy highlighting passages. This work is so important, so inspiring, and so intelligent, I just can’t say enough about it; I urge you to read it as soon as you possibly can. And, for anyone who knows the Harrison Assessment, the parallels with the insights in this book are many and deep. Absorbing this work about what it takes to be truly committed as an organisation to learning, personal development and a culture of feedback and authenticity instilled in me real hope for the future. Let me tell you a little bit about what I found particularly interesting in light of the Harrison Assessment…

What is Development, Really?

I think we toss around the term, “development” to mean anything from getting better organised to learning new software…

I think we toss around the term, “development” to mean anything from getting better organised to learning new software, but Kegan and Lahey define development as a, “… specific, describable, and detectable phenomena (the growth of our mind-sets, or meaning-making logics; qualitative advances in our abilities to see more deeply and accurately into yourselves and our worlds; the process of successively be able to look AT premises and assumptions we formerly looked THROUGH)” (p.77).

They also say that development has to have a business value; organisations need more employees in possession of more complex mind-sets and that this need will intensify in the years ahead.

Deliberately developing organisations (DDOs) are those that are truly committed to developmental transformation and are favoured by those who hold precious, the opportunity to learn and grow. In the book, the authors focus on three real companies as laboratories for these approaches and methods.

DDOs: How are they different?

DDOs are something quite special and there is a common thread running through them; they are not conflict-shy. “DDOs constantly stir things up, troubling the waters; ordinary organisations try to calm things down, instituting repeatable routines” (p. 83). If your own organisation is too peaceful, it probably is not a DDO.

This is what the Harrison Assessment (HA), particularly through Paradox Theory, offers us if we take our own HA results seriously and allow what we learn about ourselves through the HA reports to permeate our pre-conceived attitudes, beliefs and thought patterns.

The authors help us see that real development involves true self-awareness and questioning faulty constructs to arrive at better ways of being, working, communicating, leading and relating to others. This is what the Harrison Assessment (HA), particularly through Paradox Theory, offers us if we take our own HA results seriously and allow what we learn about ourselves through the HA reports to permeate our pre-conceived attitudes, beliefs and thought patterns. After an HA debrief, perhaps the best possible outcome is to leave the individual who starts to understand his/her results not quite knowing what to do next but thinking in new and different ways about how he/she typically behaves out of habit and impulse. For true development to occur, the individual should feel some pain – pain to question, examine, test, and consider their own limitations and the consequences of those limitations. Kegan and Lahey say, “PAIN + REFLECTION = PROGRESS”.

An HA debrief that doesn’t uncover some pain is, in a sense, a failed opportunity. A debrief that evokes pain but doesn’t lead to further reflection is likewise often a failure.

An HA debrief that doesn’t uncover some pain is, in a sense, a failed opportunity. A debrief that evokes pain but doesn’t lead to further reflection is likewise often a failure. “The process of human development, of seeing and over-coming one’s previous limitations, can involve pain” (p.9). Growth is seldom possible without some pain to motivate it.

They even go so far as to say that, “if you can perform all of your responsibilities at a high level, you’re not in the right job.” In effect, there can be no further progress possible if you are in a job that you can easily do every day. It is time to move on and stretch yourself (i.e. get into pain) for progress to again be possible. Organisations that keep people too long in the same job are rewarding reliability and dependability, not growth and development. 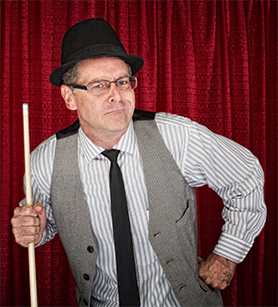 In HA, we examine the paradoxes of Paradox Theory by looking at the dynamic and gentle traits that constitute each of the 12 paradoxes depicted in the Paradox Graphs. The DDO book does the same thing, but using different language. They talk about someone who has a dominant profile (i.e. preponderance of dynamic traits) as “leaning arrogant” as a result of over-certainty and great confidence, while “leaning insecure” describes someone who has a predominantly gentle profile characterized by chronic caution or tempered enthusiasm. The development path for those who lean arrogant is quite different from those who tend to lean insecure which is explored in the book. This language may be useful to include when analyzing HA results and describing certain profiles and remedies.

How to Set Development Priorities?

In a DDO, there are ways described that help individuals set their development priorities. Problem-identification should result from the biggest road-blocks to success. The authors say that, “Most problems are potential improvements screaming at you. The more painful the problem, the louder the screaming” (p. 43).

Prioritize the most pressing problems – those that are screaming for your attention even if these involve dealing with difficult people, or focusing on communication or leadership problems.

“Working on your backhand” in the company described in the book became an often-used term that is used commonly and often to help employees confront and conquer weaknesses, or mind-sets, that are holding them back from greatness. 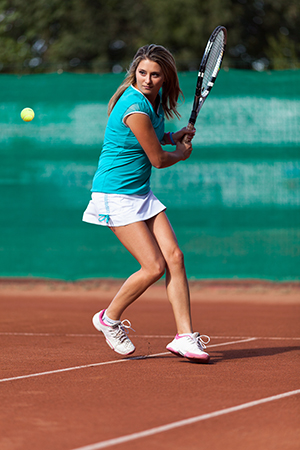 The authors describe a company in their study who uses a tennis metaphor: the backhand stroke. We all have something like a strong forehand – our strengths and top preferences in HA terms. We all also have our backhands – that is, weaker responses and ways of working that we hope won’t be called upon too often because we don’t prefer to have to use them and in many cases, we actively avoid having to use them at all. In HA, these are the weaker sides of a paradoxical imbalance. When we have to use that weak side, it is like a backhand stroke – the ball is often out-of-bounds or easily returned and our opponent gets the upper-hand. “Working on your backhand” in the company described in the book became an often-used term that is used commonly and often to help employees confront and conquer weaknesses, or mind-sets, that are holding them back from greatness. Employees in the company challenge each other to practice, rather than avoid or hide, their backhands and give each other honest feedback when they miss these practice opportunities. What a great way to talk about developing a trait in HA to balance-out its dominant paradoxical paired trait!

“Working on one’s backhand is practicing to overcome a deep-seated mindset” (p. 19).

Given the power of working on our backhand or in more psychological terms, the traits we possess that are in greater need of development or strengthening, HA, with its rich 175 traits is almost the perfect tool. It can identify not only your own, individual backhand(s) and help you to find different ways to think about each but provides ways to practice and strengthen the traits that are most in need of development. In addition, the tool can readily identify the team’s backhand(s), and even a whole division or entire company’s most pressing limitations. Individual results can be aggregated to show teams and large groups where their strengths and vulnerabilities lie – their collective bench-strength as well as vulnerabilities. Team members can consequently take action in a very focused way to work together to devise strategies and build capability to bridge gaps and become a more cohesive, powerful force. Whole companies can ultimately use HA to check the pulse of the organisation at a cultural level and identify specific areas in which management is engaging and retaining their people vs. de-motivating them and even losing talent.

In a sense, you are never really THERE, in terms of self-improvement. Over time, your goals shift as you own behaviour shifts, changes and matures.

Another advantage of using HA for development in the systematic way suggested is that it is a continually evolving system of improvement. In a sense, you are never really THERE, in terms of self-improvement. Over time, your goals shift as you own behaviour shifts, changes and matures. Because HA is based on forced-ranking in its design, the energy you, the team, and/or the organisation is stored in a bank, or “reservoir” — overall energy is finite. If you pull back in one area in order to more fully practice your backhand and develop in another area, you will experience shifts and there will always be some fine-tuning to do, no matter how balanced your profile is at any given time. Similarly, a team or an organisation always has challenges and growth available to them. HA offers the consultant, coach or HR professional a system, language and method that goes with DDO efforts hand-in-glove. This means that the Harrison assessment is acting as a coach might do for a tennis player — not only making initial diagnostic determinations but constantly looking to improve the backhands and any other “stroke” worthy of attention on an on-going basis.

Properly used, HA is the perfect tool for a DDO and an aspiring DDO and can work hand-in-hand with those leaders who truly aspire to developmental transformation.