What Do Gen X and Gen Y Want In A Job? 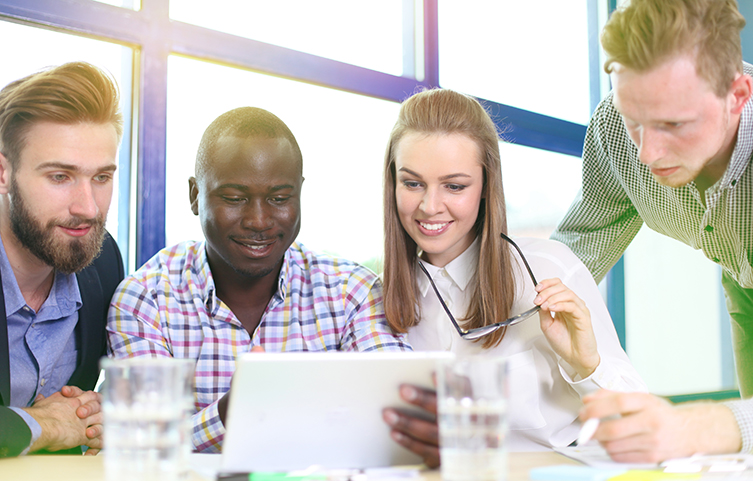 Harrison Assessments International recognises that as the population ages, the competition for attracting good, skilled Gen X and Gen Y employees heats up. Employers are finding that monetary rewards are not enough to attract and retain younger workers.

Jamie Gutfreund of the Intelligence Group spends a great deal of time examining the differing motivations and preferences of the generations. Gutfreund (herself a member of Generation X) says it’s important to bear in mind that Xers were culturally different from the Baby Boom Generation that preceded them.

While boomers insisted on being heard by the world, “we [Xers] were a smaller generation [less than half the size of the boomer generation] who felt no one was listening to us,” she says. “We felt we had to fight” to have a voice, to make an impact, to earn a seat at the table of power.

“Generation Y was raised with a different perspective,” she says. “Their Boomer parents taught them that their opinions are important. So they have an expectation to have a stake in outcomes.”

1. A Different Concept of Authority

Gutfreund says that Xers view the boss as an expert – someone whose hard-earned experience and skill demand consideration and deference. Access to authority is limited and must be earned.

By contrast, Senderoff says, “Millennials think they can go in on the first day and talk to the CEO about what’s on their mind. The Generation X manager thinks, What are you doing??”

But she and Gutfreund note that it’s only natural for millennials to feel that way, given how their Boomer parents raised them to believe that their voice matters.

Senderoff says that even her best millennial employees will react in that manner. She adds that this may feel like a mutiny, but it’s not. The millennial has been raised in an environment in which she’s encouraged to engage and question authority; why would she accept a lesser bargain in the workplace?

Bear in mind again that millennials are the offspring of the Boomer parents who spent their formative adult years questioning authority. Gutfreund says that managers thus need to understand the benefit of shifting from “a command and control style to a more inclusive management philosophy.”

2. A Different Set of Motivations

Gutfreund describes Xers as a “very individualistic generation. They were very independent. They wanted to get the corner office and the trappings of success.” Millennials, by contrast, want to find purpose in their toil and their career, she says, which does not necessarily come from getting the highest possible salary or nicest office.

“Generation X lives to work,” she observes. “Generation Y works to live.” Generation Y has multiple passions and is more global than any of its predecessors, as 70% of them say they would like to work abroad sometime over the course of their lives.

“Millennials are focused on making meaning, not just making money.” This may well strike Xer managers and HR personnel as too precious and lofty an attitude for the real world, but that’s the reality that organizations have to come to grips with.

3. A Desire for a Different Sort of Work Environment

Gen X tends to be structured and punctual and linear. Millennials can be unstructured and nonlinear, which can be maddening to the Xers.

Also, millennials are motivated by autonomy. They’re not clock-watching pencil-pushers, and they’re not lazy; they fully expect to be available to work 24/7, Gutfreund and Senderoff say, but they also expect the ability to leave the desk behind and take a walk.

Gutfreund says that, when you ask millennials where they’d like to work, the answer is generally: First, Google; second; Apple; and third, for themselves.

Indeed, both companies project a mission to change the world or at least make it a more interesting place. And Google’s freewheeling but intense and highly productive culture speaks to most millennials, what with the many perks that seem to make the corporate campus more like a college campus.

But Senderoff clarifies, “It’s not about free stuff [like lavish cafeterias and on-site massage therapists]. It 100% comes down to culture.”

She also says you can’t motivate millennials to join your company just by posting a generic job listing that may suit their skills. They want to sense what the larger company is about in terms of its mission and its values and they want to see it modeled by its leaders.

“They want to know,” she says, “how close would they be to executives they can hear and learn from.” They need a vivid picture in their head of how working for you would make their lives and their world better.

4. A Different Concept of Progress on a Project

Gen Xers famously bemoan the “flakiness” of millennials. Senderoff suggests that this is actually a result of speaking a language that millennials aren’t wired to understand.

“Millennials move through things quickly,” she says. “They think very quickly, and they’re used to doing so many things at one time.” The upshot, she says, is that they may deliver a prototype when the Xer manager expects a more polished finished product.

In this case, she says the manager needs to communicate her needs more clearly, while also understanding that the millennial appreciates regular feedback and coaching throughout the process.

Are we ready for a change in the workplace that allows millennials to bring their full talents to bear on our organisations?

Gutfreund says we aren’t as far along as we should be. “Many senior execs who run companies are delaying changes that need to happen,” she says, …such as HR and performance reviews, because of short-term imperatives.”

And she suggests that a focus on long-term growth demands that the necessary culture changes be given greater priority.